Delhi Township Fire Department is requesting an additional 3.45 mill operating levy to be voted on Tuesday November 6th, 2018. This would cost the owner of a $100K home an additional $10 per month. This levy is designed to fund the fire department’s emergency operation and community risk reduction programs for a minimum of five years and bring an additional $1.57M in revenue to the department annually. 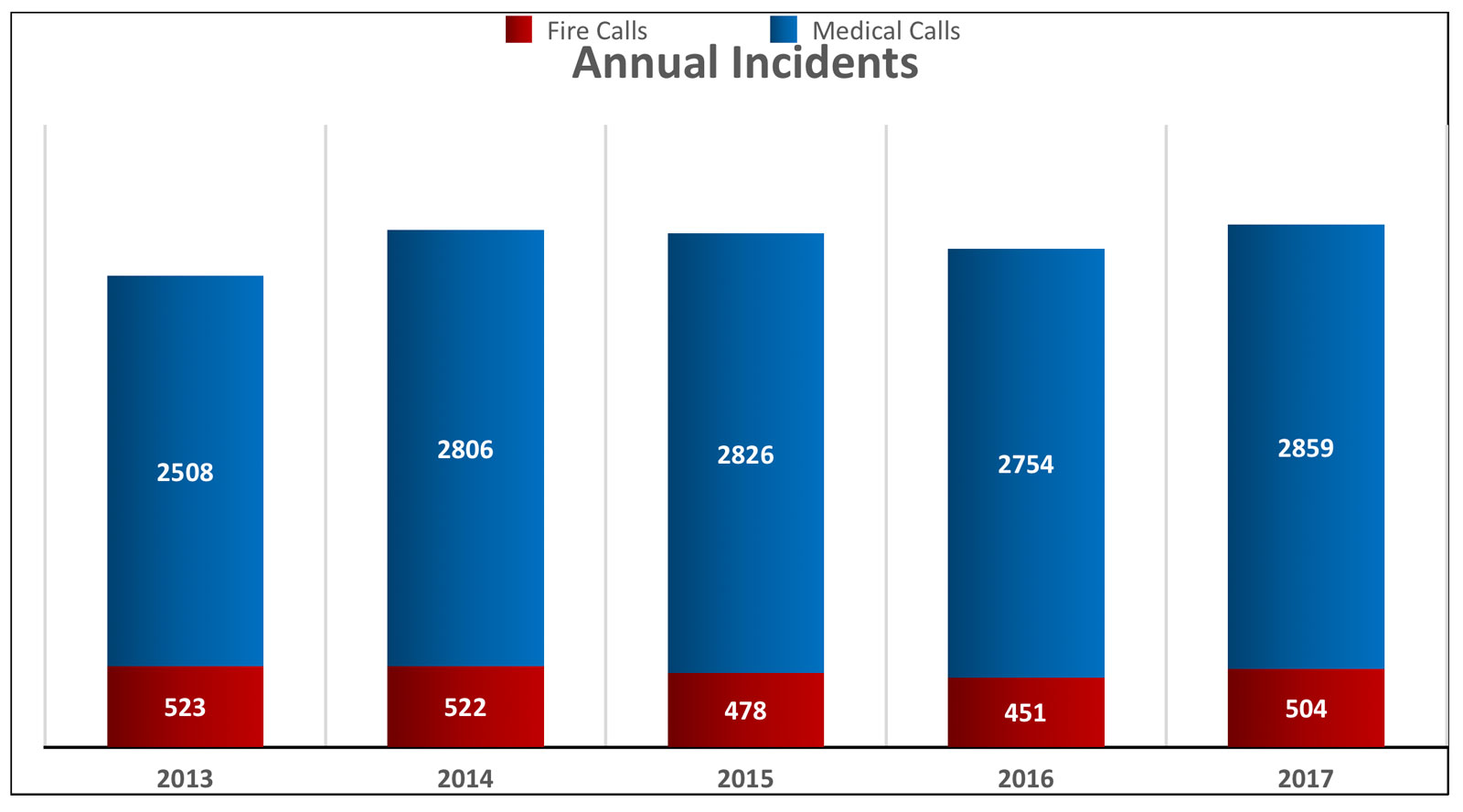 Delhi Township Fire Department’s projected 2019 operating budget is just over $6 Million. The projected revenue from property tax and EMS reimbursement is approximately $4.3 Million annually. The additional requested revenue would bring the annual projected revenue for operations up to $5.9M. The additional revenue if approved by the voters would sufficiently fund operations to maintain a current daily staffing of 11 personnel, three paramedic level ambulances, and community risk reduction programs through 2023. The fire department would not be able to maintain sufficient operational levels without additional revenue. This would have a negative impact on the fire department’s ability to provide the level of service residents currently receive.

In 2017, Delhi Township Fire Department was honored with a Bronze Level, American Heart Association ® Mission Lifeline Award in recognition of its high performance rating in treating Acute Myocardial Infarctions, (Heart Attacks). The Fire Department also has a Class 2 Home insurance rating, placing it in the top 3% of all fire departments nationwide; allowing residents to have some of the lowest property insurance rates.

About 83% of calls handled by the fire department are medical emergencies. Fire personnel responded to 3,363 incidents in 2017, representing a 4.5% increase over the previous four year average.

“Researchers found that the average time for an EMS unit to arrive on the scene from the time of a 911 call was seven minutes.” Medical News Bulletin October 5, 2017 https://www.medicalnewsbulletin.com/response-time-emergency-medical-services/

Delhi Township has an average ambulance arrival time of 4 minutes, 44 seconds from the time of the 911 call and average 4 minute, 36 seconds arrival time for a fire apparatus.

A comparison of 2014 expenses from the Fire Levy fund and the projected expenses in 2019 illustrates the significance of personnel costs on this fund. 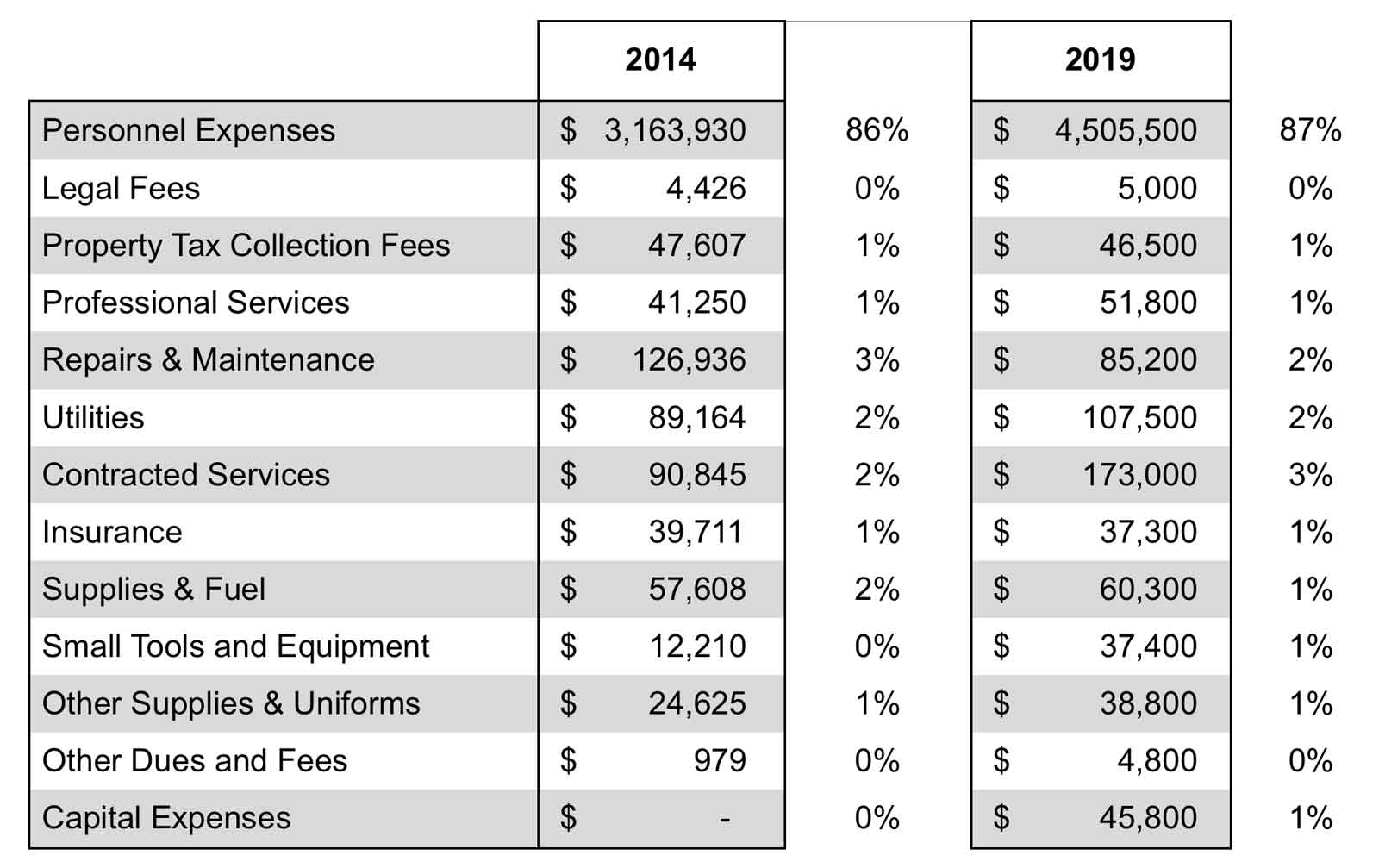 Personnel expenses increased by 42% since 2014 as the department has experienced a 95% increase in Medical/Hospitalization insurance as well as a 200% increase in Worker’s Compensation Insurance.  The recruitment and retention of part time fire personnel represents the most significant factor affecting the fire department’s operation.  In 2014, part time fire personnel represented (71%) of the total staff, and 20 of those 53 personnel were paramedics.  Delhi Township had been supplementing part time personnel for fulltime vacancies for decades.  The Affordable Care Act’s implementation in 2014 capped the number of hours these part time personnel could work which had an immediate impact on departments like Delhi that relied heavily upon part time staffing to provide emergency services.

The majority of non-municipal fire departments in the Greater Cincinnati region began transitioning from more part time personnel to more fulltime personnel shifting the priority to hiring qualified firefighters that were certified paramedics.  The market for these personnel was quickly depleted, leaving agencies short staffed and competing for the same personnel.  Today, Delhi Township Fire Department has just 25 Part time personnel, with only 4 having the certification of paramedic.  The retention rate of the 53 personnel hired over the last 5 years is just 45%, as the department has experienced a departure of 58 personnel during that same time period.  Thirty of those departures left because of receiving Full-time employment at other fire departments.